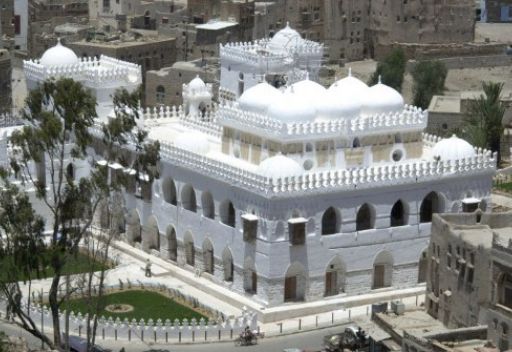 A news analysis released by Abaad Centre for Studies and Research has said five factors supported Al-Qaeda existence in Rada’a of Baidha governorate:
First, planning of expansion in the stage that witnesses a weakness of the central government, as Al-Qaeda took this opportunity to enlarge in some eastern areas that lack the power of government.
Second, Rada’a is a predominantly tribal region and it witnessed provocations four months ago by militants who were affiliated to the Zaidi Shia Houthi group as they were walking around the town with their arms.
Third, forces of the Republican Guard did not deal with the militants seriously. A brother of Tariq Al-Dhahab who leads the militants was wounded, but when Tariq came to town was not interrupted and his positions located between Rada’a and Marib were not attacked.
Fourth, Al-Qaeda exploited the kinship between Al-Dhahab and Anwar Al-Awlaki, Al-Qaeda leader who was killed in a American drone strike last fall to expand.
Fifth, It used the detention of one of Al-Dhahab’s brother as a grief to provoke armed men to fight.
The analysis also indicated to the character of Al-Dhahab who led Al-Qaeda militants positioned in a archeological mosque in Rada’a.
” Tareq Al-Dhahab is a brother of a late prominent tribal leader of Rada’a” added the analysis. ” After the death of this leader, his nephew, Majed, was crowned as a leader, but Tareq did not accept that.”
” Tareq’s brother at the age of 35, Nabil, was submitted by Syrian authorities as he tried to cross the country to fight in Iraq in 2006.”
Al-Dhahab has criticized, in a comment to Marib Press, the detention of his brother, considering that as arbitrary, and pointing out that Nabil was imprisoned inside a jail of the Political Security, added the analysis.
” After the release of Anwar Al-Awlaki in 2007, Al-Dhahab angered on his tribe escaped to a region between Marib and Rada’a and gathered around dozens of militants who came from Al-Jawf, Marib, Shabwa and Baidha,” added the centre.
” Al-Dhahab generously spends money for his followers and sponsors scores of families, but his resources are still unknown up to date.”
The think-tank said the name of Al-Dhahab was not included in any operation of Al-Qaeda, he did not travel abroad, and was not known of his affiliation to Al-Qaeda, but the Yemeni authorities suspect that he was responsible for attacking a security checkpoint in Rada’a in May, 2011.
” The authorities have not stated about the event or attacked the region in which he has been basing for years” added it.
” Al-Dhahab emerged as a member of Al-Qaeda in his sermon on Friday, 13 January, 2012, after he along with approximately 80 militants stormed Rada’a, using light and medium weapons including RPG and gun machines,” added the analysis. ” They positioned inside an archeological mosque which has been shut down for 15 years.”

Will Yemen be a containment zone of the Saudi-Iranian conflict?