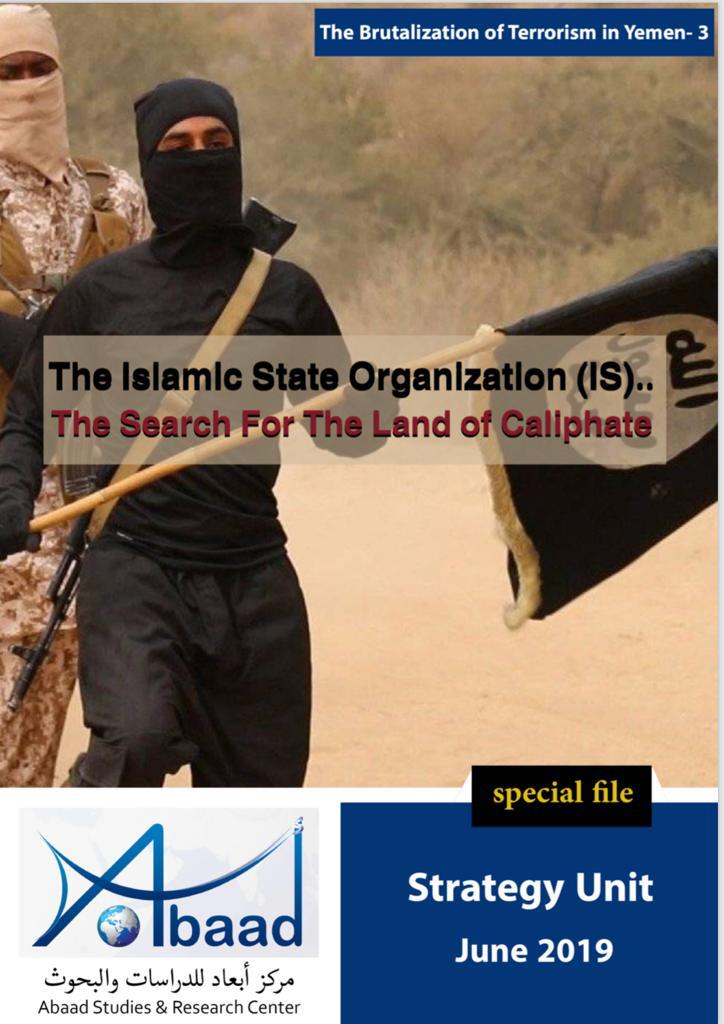 "The Islamic State Organization (IS)..The Search For The Land Of Caliphate" is a study on the IslamicState ‘Daesh’. It is a part of a series by the Abaad Center for Studies and Researches about the brutalization of terrorism in Yemen.

The Abaad Center published its third file in its series entitled, "The Brutality of Terror in Yemen." The Center has published a detailed study on "Daesh" under the title "The Islamic State Organization… the Search for the Land of Caliphate".

The file of Abaad consists of two studies. The first one explains how the Islamic State was established, its leaders, its strategy, and its locations under the title “Daesh…Passing to the Organization Sate through the War-caused Vacuum.”

TO READ THE STUDY PDF