Iran's influence in Yemen after Soleimani .. The Houthis between containment and retaliation for the General 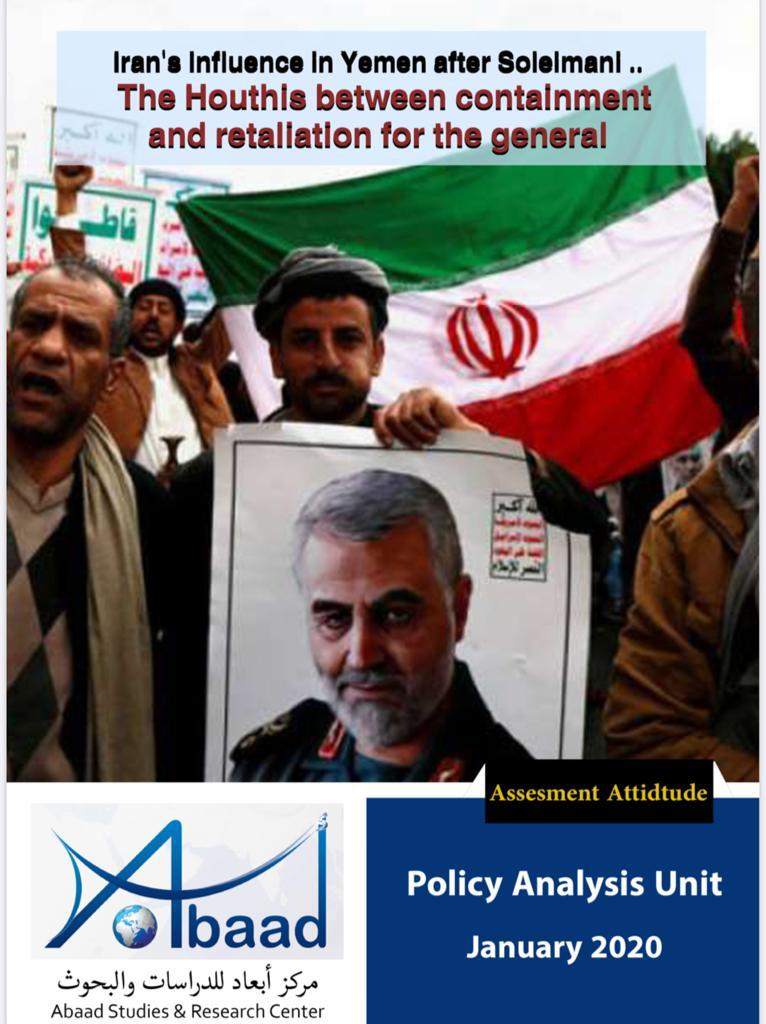 (Iran's influence in Yemen after Soleimani .. The Houthis between containment and retaliation for the general) highlights Iran's influence in Yemen after the killing of Qassem Soleimani, commander of the "Quds Force" of the Revolutionary Guards, who is described as the first planner of the Iranian influence strategy, which resulted in the building of armed militias, including the Houthi group that controls the Yemeni capital, Sana’a. Qassem Soleimani, when talking about confrontation with the United States, has always referred to the Strait of Bab al-Mandab, the Red Sea and oil installations in the Gulf. Oil installations, ports and airports for Saudi Arabia and the UAE has already been targeted. Soleimani believes that Yemen is the real war for Iran without exorbitant costs. Before his death, Soleimani supervised the smuggling of air defense system to the Houthis. The killing of Soleimani is a major turning point that may be reflected in the security of the Gulf and Yemen, and the Houthis are preparing to target the vital installations of the Gulf in case Iran chooses the confrontation scenario, as they seek to return to the south to control the Strait of Bab al-Mandab.

To get this study PDF from the store click here

Fifth year in the hell of war storm...Yemen between division and chaos - PDF